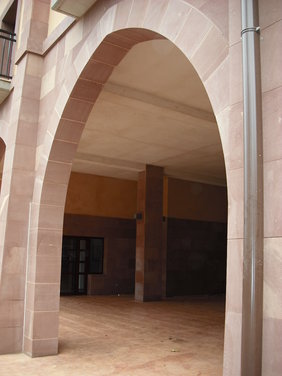 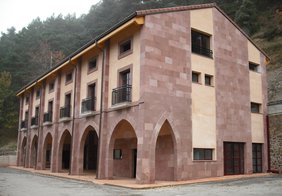 The Virgin of Valvanera is the Patron Saint of the Community of La Rioja, this 12th Century Romanesque image is venerated in the monastery of the same name, located in Anguiano (La Rioja). The monastery is made up of various buildings, which most characteristic architectural element is the pointed arches.

In the construction of a new restaurant for the complex, Areniscas Stone produced with its Rojo Neila sandstone some pointed arches in imitation of the old ones, whose keystones were molded in our facilities in Vilviestre del Pinar. Rojo Neila sandstone is a very hard and medium-fine grain quartz sandstone.